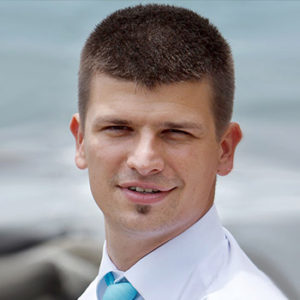 He talks about energy security, diversification of gas supply, alternative routes and sources. Pál Ságvári will be one of the speakers of Budapest LNG Summit.

What sort of opportunities do you see for diversification?

The heavy dependence of Hungary on natural gas from Russia is a historical legacy, even if predictability and pragmatism play a key role in this relationship. Naturally, and especially in the wake of the 2006 and 2009 supply crises, the subject of diversification – as such – has been a very hot topic, even though the interpretation of the concept has changed much during the years. Initially, diversification was about branching out the gas transport route-system and broadening the scope of potential new gas suppliers in the system. During the past ten years, Hungary put a lot of effort into building interconnectors with all seven neighbouring countries (the one with Slovenia is in the preparatory stage) and it should be technically feasible to import gas from different suppliers by now. The momentum to build up a new gas mix is approaching fast as the current long-term commercial contract with Russia expires at the end of this year.

Which alternate route do you find most likely to be used?

In the present setup we import through Ukraine and the HAG interconnector from Austria, the Slovakia-Hungary interconnector is a safety option. Nord Stream and potentially Nord Stream 2 may bring molecules from the North, and the gas from Turk Stream may reach Hungary through the new big-scale pipeline under construction via Bulgaria and Serbia. These projects, even if they are riddled with delays, will drastically and abruptly redefine the gas transit highways in Central and Eastern Europe. Our energy diplomacy this year aimed at ensuring a ‘soft-landing’ and thus get prepared for the supply incertitude after the Russia-Ukraine transit agreement expires in December 2019 – we are menaced by a potential disruption of supply if the geopolitical tension overheats between the two countries. But I am confident that Hungary is on its way to secure its supply for 2020 even if a nightmare scenario occurs in January as our sizable underground storages will be full by the end of September. Of course, we are not the only country affected, so we already started talks with some of our neighbours based on regional solidarity.

What are the latest prospects regarding the Croatian LNG project and the Romanian exploitation?

Despite some challenges, both the Krk LNG project and the BRUA project are well on their way towards realisation. We need to understand that the preliminary design phase absorbs eighty percent of the whole project timing – often taking up a decade with intensive energy diplomacy activity to facilitate the final investment decision (FID) of the stakeholders. We are aware of the difficulties our Romanian and Croatian colleagues have to face and we facilitate their and the other stakeholders’ decision making processes as much as possible. As regards Krk LNG, we offered to provide equity investment and proposed to jointly investigate the possibility of gas market integration to forego bilateral exit and entry tariffs. Our aim is to create a competitively priced LNG highway towards Hungary. But irrespective of the outcome of our talks with our Croatian partners we can safely calculate with an operational terminal in Krk as of January 2021. The Neptun offshore project in Romania is also a very mature one, the FID can be expected as soon as the extracting consortium is confident that the regulatory environment enables such a step. We are hopeful that the first gas molecules starts to flow from this field from 2023.

Could you name predictably arising factors that could represent problems?

Besides the usual business risks, the situation is further complicated by the fragmented nature of politics in our region: governments may come and go and in many cases there may be a lack of a national consensus on fundamental strategies and policies in the energy sector. Often we have to wait until the new administration catches up with the issue, assesses and evaluates its stance and position. This takes time and, above all, requires strategic patience.

What kind of cooperation is needed in order to achieve the desired diversification?

Hungary cannot diversify its gas supply alone, therefore regional and European level cooperation is a fundamental principle of our energy diplomacy. The other countries of the region are in similar energy situations and it is only natural that our common interest towards diversification should lead to the identification of joint initiatives. Some EU funding is a helpful kick in most of the cases and a number of these projects are indeed eligible as Projects of Common Interest. With the infrastructure gradually becoming operational our task will shift from energy diplomacy and development towards operating the national and interconnecting networks, a task more of business and trade in nature.

Register for the event