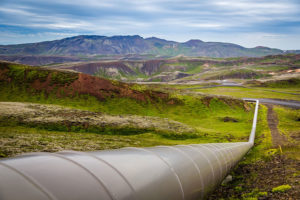 A new opportunity is opening for Central Europe’s energy supply, and within it for its natural gas supply, said the Hungarian Minister of Foreign Affairs and Trade Péter Szijjártó, following talks with Slovakian Economy Minister Peter Ziga at the gas compressor station centre operating there.

Major changes are happening in Central Europe and countries need to prepare for these changes.

Firstly, it is uncertain whether the Central European region will be receiving natural gas via Ukraine from the beginning of next year; secondly, based on the permits issued by the Danish authorities the construction of the North Stream 2 natural pipeline may be extended; and finally, the construction work on the Turkish Stream gas pipeline is moving forward at a good pace, thanks to which from October 2021 a north-south gas supply corridor could come about that is capable of transporting Russian gas to Slovakia via Turkey, Bulgaria, Serbia and Hungary.

Mr Szijjártó underlined that we must also prepare for the fact that no gas will be arriving in the region via Ukraine.

“If this is the case, then Hungary must resolve three tasks”, he explained. “Eastern Hungary’s gas supply must be resolved from a western and northern direction, the infrastructure requirements of which will have been met by the end of this year. In addition, the ongoing development project relating to the natural gas pipeline that traverses the Serbian-Hungarian border must be completed, and together with Slovakia we must prepare for the fact that, if shipments of gas from an easterly direction are unavailable, then the two countries are capable of transporting larger quantities of natural gas to each other in both directions.”

The Minister announced that the two countries’ relative energy companies have already begun work on this task, and accordingly the Slovakian-Hungarian gas interconnector will be able to operate with a larger capacity than previously from the beginning of next year, and with further technological development a transport quantity of 7 billion cubic metres will become available in both directions.

“This will provide Hungary and Slovakia with a suitable level of security concerning the fact that we will be able to supply the public and we will be able to operate both Slovakian and Hungarian industry if the supply of gas from the east becomes unavailable in the long term”, Mr Szijjártó stated.

Slovakian Economy Minister Peter Ziga also pointed out that it is extremely important to find a Slovakian-Hungarian solution to the possible termination of gas shipments from the east, because “if no gas arrives from January then neither the European Union nor anyone else will solve the problem instead of Hungary and Slovakia”.

Budapest LNG Summit is honoured to welcome HE....

70 per cent of the world's proven natural gas reserves are located in the countries...

Comments Off on Budapest LNG Summit is honoured to welcome HE. Yury P. Sentyurin, Secretary General of Gas Exporting Countries Forum (GECF) as a keynote speaker of the conference.