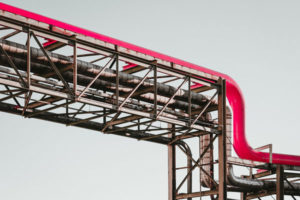 “Croatia has begun constructing its liquid natural gas (LNG) terminal, which will be completed by January 2021, meaning that from that point in time the physical opportunity will exist for Hungary to purchase liquid natural gas from Qatar”, said the Minister of Foreign Affairs and Trade, Péter Szijjártó.

While the opportunity to transport gas to Hungary from Croatia will already be available from the end of this year, the cooperation with Qatar will fundamentally transform the security of Central Europe’s gas supply.

“Qatar has expressed its clear openness to beginning negotiations with Hungary on gas shipments to Hungary via Croatia,” Mr Szijjártó underlined. “Qatari gas could also appear on the Hungarian market from 2021, contributing to the security of Hungary’s natural gas supply and pushing prices even lower. The more sources we can acquire gas from, the greater our security, and the cheaper we can procure natural gas.”

Barbara Dorić, Managing Director of LNG Croatia, will be one of the speakers at the Budapest LNG Summit.