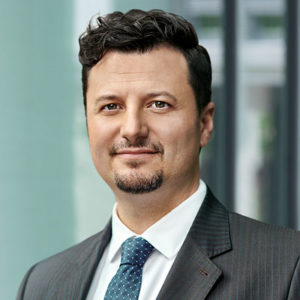 Benjamin Lakatos talks about the challenges in the rapidly changing energy industry, about the role of MET Group in the upcoming LNG market.

MET Group is the Platinum Sponsor of Budapest LNG Summit.

MET Group faces largely similar challenges to the other players in the energy industry. The drastic changes and turbulences in energy markets splits these challenges into two aspects. In the first one, in the traditional segments of the industry, the market is shrinking or stagnating, with decreasing revenues as a result. Cost cuts and consolidation of ownership structures become necessary, and value can only be created through cost cutting and via synergies. Obviously, organic growth is rather difficult in such a scenario.

In other parts of the energy industry, we can see the ongoing boom in Renewables, the development of power storage solutions, demand-based balancing structures, and new, more competitive sources appearing in the market. In this second scenario, the future is certainly about renewables and power storage, but it is still difficult to foresee which of the many competing alternatives will replace the more established solutions. What if someone was to bet on biomass, for example, but solar energy would prevail?

I think the ultimate solution will involve a mixed approach. MET Group is, above all, a well-positioned player of the first scenario, with diverse and well-established abilities. We have proved to be successful in transforming companies in great difficulties into profitable and sustainable operations. Our innovative approach is a great advantage, but there are many other innovative firms, often with much larger investment potential, who operate in the Renewables marketplace, and here MET has chosen a trend following strategy.

Two trends that everyone must take into account are growth in the green/renewable energy generation and new power storage solutions. We are still not quite sure exactly how some very exciting new trends – like Blockchain technologies, artificial intelligence (AI), increased computing capacity, Big Data – will transform the energy industry. These may seem to be far removed from our somewhat old-fashioned industry, but they certainly have an impact on the entire world and the energy industry cannot remain in isolation. As for the Blockchain, we do not know if market structures will remain the same or if everything will be standardized in commodity trading. We talk a lot about smart solutions based on Big Data, but we still do not know how exactly our industry will integrate these new technologies beyond what has been achieved so far.

In addition, the global political turbulence of recent years creates a great amount of uncertainty in the business. Volatility increases and predictability diminishes, and this is something we have to consider and deal with as well.

A significant change in international gas markets is that they are becoming global thanks to the rapid growth of LNG, this is a development that MET Group welcomes. Since LNG has become a truly globally traded commodity, gas markets cannot be seen as isolated from each other anymore.

It is unclear how this will impact the CEE markets in the long term; for the time being this impact has been moderate. The legal background of the EU’s internal market and the legislation on unbundling have contributed greatly to the establishment of an integrated market in Central and Eastern Europe. However, the region’s participation in the global energy market is realized only through contracts with Russia and through the link to the TTF gas exchange. Central Europe is not yet fully integrated in the global gas commodity trading, largely due to the obvious geographic constraints. But with new infrastructure under development – Nord Stream 2, South Stream, Trans Adriatic Pipeline, LNG terminals in Croatia and Poland – CEE will become an integral part of this global gas market.

The forecasts we made five years ago about LNG are coming true: regional LNG markets are converging into a single, global market, so we see a high probability that Europe will play a leading role in defining the price levels for this market. Over the past decades, this role has been played largely by Asia, where gas prices stayed at about twice the European level. However, Europe has now managed to become a balancing buyer in the LNG market.

MET increased its LNG imports substantially in 2019, mostly into the Mediterranean region (Spain, Italy). But we, like the rest of the industry, are still some way away from a single European LNG price reference point.