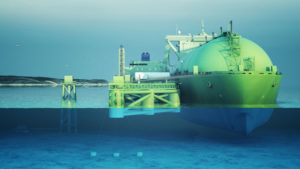 The terminal will be built in the Gulf of Riga, about 2.5 kilometres from the coast, while a 40 kilometres gas pipeline will run from the port of Skulte to the Inčukalns underground gas storage facility. The total investment is estimated at 90 million euros.

Although the name of the potential strategic partner has not been officially confirmed yet, the Latvian Ministry of Economics admitted that Kogas is interested in the project and that Minister Ralfs Nemiro will discuss the matter with his South Korean counterpart late in October.

Currently, the Klaipeda LNG Terminal in Lithuania is the only operational terminal in the Baltics, whose total market consumption is around 4.5 billion cubic metres (bcm). Lithuania is the largest consumer (2.6 bcm), followed by Latvia (1.5 bcm) and Estonia (0.6 bcm).

While the Tallinn and Paldiski projects in Estonia are very similar to Klaipeda in terms of investment and economic evaluation, the Skulte LNG Terminal is considered to be the most competitive LNG import terminal project in the region.

The Skulte LNG Terminal project has unique geographic, economic and technological advantages over any other LNG import terminal proposal. In fact, thanks to the Inčukalns’ storage capacity of 2.3 bcm, a cold storage facility won’t be needed (usually it takes 70-80 per cent of LNG import terminal building cost). Therefore, the total project investment is at least three times lower than any other LNG terminal solution of comparable capacity with LNG cold storage facility.