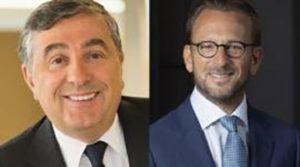 Two new, very international members join the Board of Directors. Congratulation to the MET Group, which is the Platinum Sponsor of Budapest LNG Summit for becoming more and more international.

Mr. Jean-François Cirelli serves as Senior Advisor at Advent International Corporation and he holds the position as Chairman of BlackRock France, Belgium and Luxemburg. He is a member of the Corporate Board of Sonepar SAS and the Supervisory Board of Uniper SE and Saur.

Prior to founding Ravel & Co. in 2017, Charles-Eduard spent 20 years at Goldman Sachs, during which he developed significant transaction origination and execution experience within the firm’s M&A/strategic advisory practice in London, New York and Paris. He became a Managing Director in 2008 and while a member of the senior leadership team of Goldman Sachs’ Paris office, he co-managed the firm’s Energy & Natural Resources group in EMEA as its Chief Operating Officer from 2011 until his retirement from the firm.

MET Group is a Swiss-based energy company with activities in European natural gas, power and oil markets. By way of its subsidiaries, MET is present in 15 countries, 26 national gas markets and 22 international trading hubs. In 2018, MET Group’s consolidated sales revenue amounted to EUR 10.72 billion. The Group is 100% owned by its managers and employees. The company’s workforce of over 1,700 employees currently comprises a total of 40 nationalities.