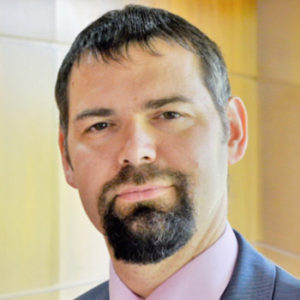 Mr. Varró will be one of the speakers of Budapest LNG Summit. He talks about the role of gas in the energy transition, about the growing LNG market and about the challenges of the CEE region.

How important is the role of the natural gas in the energy transition?

Natural gas has a crucially important role in the coming decades.  The most important source of global gas demand growth is industrial energy use where gas is very difficult to substitute. In the electricity sector modern gas turbines combine flexibility, efficiency and low local air pollution emissions. They are one of the major sources of the power system flexibility that the integration of rapidly growing wind and solar production requires. Last but not least in both Europe, North America and increasingly in China as well gas plays a major role in building heating, benefiting from a multibillion usd existing infrastructure. In the IEA Sustainable Development Scenario which describes the well below 2 degrees climate stabilization global gas demand does not decline meaningfully before 2040 despite the most stringent climate policy measures.

Of course the energy transition creates challenges as well for gas: the environmental performance of the gas system needs to improve especially with respect to methane leakage from the infrastructure. Gas is not the only solution to provide flexibility for renewables: batteries, parking electric cars and smart demand response solutions will also play an increasing role. Maintaining dispatchable, flexible generation and an infrastructure of pipelines and storage facilities have major advantages: there is an increasing interest in decarbonizing gas by biomethane, hydrogen and the application of carbon capture, utilization and storage. While these solutions require both innovation and investment, they will be necessary to ensure a long term sustainability of gas infrastructure.

The LNG market is rapidly growing, what are the main drivers globally and in Europe?

The most important demand driver has been the Asia Pacific region especially China. In Asia domestic gas production is insufficient to keep up with demand growth Asia requires a major new import project in every 6 months. Russia and Central Asia can and will export pipeline gas to China, but some of the most exciting gas resources including North American shale, Qatar and East Africa can be transported to the importers only in the form of LNG, all of the above regions are in the process of implementing large scale new investments into LNG export facilities. While Russia is a traditional pipeline exporter, Russian energy policy recognized the importance of LNG and Russia is also emerging as a major LNG competitor.

In Europe Russian pipeline supply is and likely to remain the largest single source. Nevertheless, expanding LNG supply has played a major role in replacing depleting European production, diversifying supplies and keeping prices down due to enhanced completion. Europe is the swing demand in global LNG markets. In periods of market tightness like after the post Fukushima replacement of nuclear with LNG in Japan Europe imported less, enabling a flexible market response. On the other hand in the past year abundant LNG supply and lower prices led to expanded European LNG imports and gas use especially in the power sector.

What about the CEE/SEE region? LNG can become a relevant new source?

A key initiative of the European Union is the Energy Union, a vision of a well interconnected, single market integrated market for gas in which LNG entering into any European port will affect the competitive conditions in the entire continent. This requires adequate physical infrastructure which is able to deliver supplies across countries and good regulation that enables the transparent and market based utilization of the infrastructure. In Central Europe, especially in Hungary major progress has been made in both: new interconnections were built, reverse flow possibilities were established, market efficiency and transparency improved. Competitive conditions in the main Western European markets that are driven by LNG now influence Hungarian or Central European market conditions to a much bigger extent than previously thought possible. However, the establishment of a genuine single market is still an unfinished journey. There are still physical infrastructure gaps, notably there is no access to LNG between Northern Italy and Greece, a gap to be addressed by the Croatia LNG terminal. In some borders interconnection capacity needs to be expanded or established, and reverse flow services will need to be provided. Last but not least some Central European countries still have non-market based and often less than perfectly transparent regulatory measures in infrastructure utilization which needs to be improved for an efficient market. If those physical infrastructure and regulatory reform initiatives are implemented, the region could became one of the major beneficiaries from the global expansion of LNG supply and intensifying competition in LNG markets.